Welcome to the site. 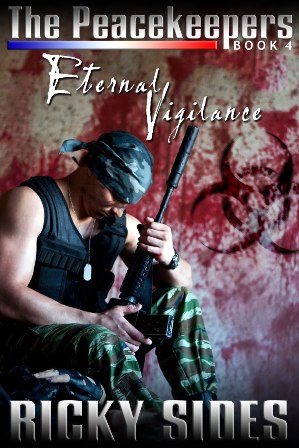 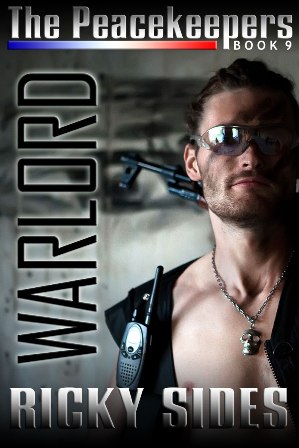 What he reads when he's not on duty. The Birth of the Peacekeepers. Print version. Buy it here.

The Birth of the Peacekeepers.

The title of the book is:

"The Birth of the Peacekeepers"

The Birth of the Peacekeepers manuscript is 409 pages long. I mention that because one of the first things I do when looking at a book is examine the page count. Does it have the length needed to depict a grand adventure?  This one does.

The book is centered around a series of natural disasters of biblical proportions that are occurring on a global scale. Around the world tens of millions have died as a result of the earthquakes, floods, hurricanes, gigantic super cell thunderstorms and tornados that are ravaging the earth.

A rogue nation decides to take advantage of the chaos at this time to attack with nuclear weapons. The American intelligence network learns of the plan and the government decides to launch a first strike at this rogue nation. This information leaks out to other nations and soon the world is poised on the brink of all out nuclear conflagration as the nuclear nations choose sides in the coming conflict.

As the militaries of the world go underground in preparation for the attack most of the world is blissfully ignorant of what is about to happen. There are a few exceptions to this. The civilians that are aware make plans to try to survive the attack as well.

As the moment for the attack draws near, the disaster plagued planet is beset by earthquakes of unprecedented intensity and numbers. Oddly the epicenters seem to be located at every major military installation around the world. (It is implied and hinted at that divine intervention has saved mankind from nuclear war, though it is never outright stated.)

When the survivors of the earthquakes look around them the next morning they see a world drastically changed. A few men and women struggle to cope with the devastation as best they can but many turn to marauding as a means of survival. Preying on any people they encounter they slaughter any that oppose them as they take anything they want

A few of the survivors band together to protect those weaker than themselves.

Lina: A free spirited woman dead set on exploring the country to see what is left. Rescued by Jim and trained extensively.

Lacey Carteen: A woman trying to raise her eight year old son in the post cataclysmic setting. Rescued by Jim. Learned survival training from Jim. Becomes a stabilizing influence in his life.

Evan Carteen: 8 year old son of Lacey who helps heal an old wound in Jim's soul and in the process make him a better man.

Maggie Peterson: An attractive woman in her mid thirties with short black hair worn in a short shag. Maggie had been a trauma care specialist at in who was known for her volatile temper and her at times unorthodox approach to saving lives. She had been brought up on charges upon three separate occasions for deviating from protocol. In each case her unorthodox approach saved the lives of her patients whereas following the protocols would have failed to do so therefore the Chief of Staff ordered the incorporation of her new techniques into standard treatment protocols.